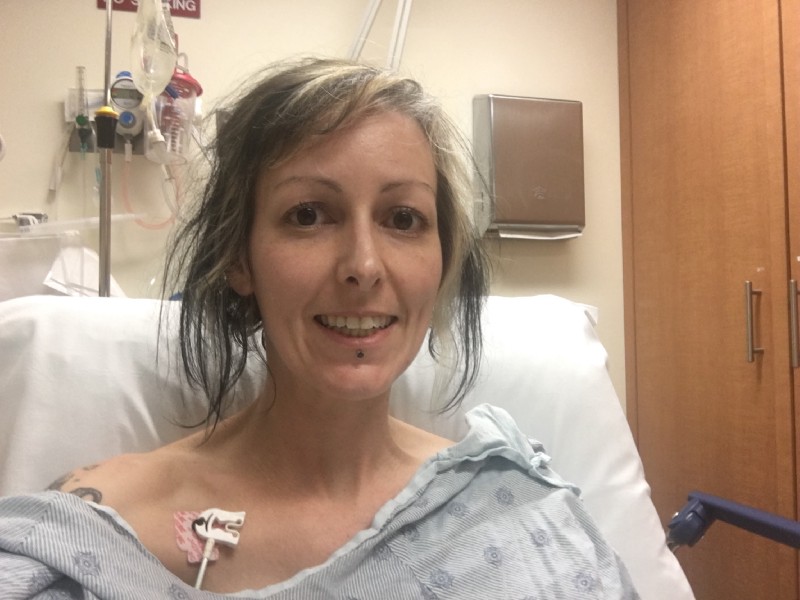 If you’ve ever gotten a rash from a face product, or had an adverse reaction to a shampoo, gotten dizzy walking through the war zone of smells in a perfume department, or had issues shopping in the laundry aisle you likely have a chemical sensitivity. You may have also been told that you are overreacting, it’s just a mild irritation, or you just ‘don’t like the smell’. The provincial Environmental Health Clinic (EHC), a collection of doctors, put out a report in 2010 (updated in 2011) that says environmental sensitivities (ES) and multiple chemical sensitivities (MCS) are legit. There was no funding and these doctors worked basically for free. They are real doctors, who aren’t trying to sell you anything. Also, these medical issues have been recognized as disabilities in Ontario as of 2000 and Canada’s human rights commission as of 2007, plus they’ve been studying this for 50 years. The Canadian Community Health Survey reported (in 2010–11) that physicians diagnosed 2.4% of adults over 12 years old and 3.4% of women had been diagnosed with ES-MCS. A whopping 1/3 of the Canadian population self reported as being chemically sensitive to fragrances and perfumes (including many who have asthma).

The EHC report claims, “ The science of toxicology has evolved substantially and there is a move away from “physical” versus “psychological” models of disease/illness to the multiple determinants of health model utilized by the World Health Organization (WHO). There is also increasing understanding of unique responses to low doses.” But not in my experience. Last year, I had to go to Toronto General emergency after going through customs and immigration at Pearson airport (like getting punched in the face by chemicals) and while trying to explain what was happening, I was told I was merely having a panic attack and had to demand to be examined. I was told that low levels of X in my system would not cause my reactions and the intake doctor didn’t believe in MCS.

As of 2011, there was no diagnostics code for ES-MCS, so doctors working on it could not bill for it. As it’s been a disability in Ontario since 2000, what?

Not funding ES-MCS is costly

The provincial Environmental Health Clinic in Ontario study of 128 patients found that 68.8% had to stop work. If we make an assumption and take that to the 3% of the population that have been physician diagnosed with ES-MCS as of 2011 (again, likely more now), at our current population, that’s 1,098,782 people who are heavily reacting to chemicals and 755,962 who are unable to work. That’s a lot of disability and social aide for the country to dish out because people can’t get diagnosed early on and our public spaces are making them worse. Further, this study found patients with MCS/fibromyalgia/chronic fatigue visits in Ontario to GPs were 10.7, and to other physicians were 13.7. This was much higher than other areas of Canada, where the numbers were 2.9 and 0.79. So if we use the 2013 doctor costs (assuming non-GPs are specialists), that’s $1591.60 annually in Ontario each person. At 3% of the population of Ontario, that’s $419489.52 annually. And may we just guess that pollution is the cause of a lot of that as we are one of the filthiest provinces?

Won’t someone think of the children?

Some children are being misdiagnosed with ADHD and other learning disabilities because they cannot focus in their classrooms due to environmental exposures. Chemical sensitivities have also been known to make children with neuro diversity worse. Dr. Claudia Miller of the University of Texas who has named MCS, Toxicant-induced Loss of Tolerance, spoke to the Autism Society on this topic in 2012. She suggested that the only way to test a child for severity of learning disabilities was to have a clean room free of chemical substances. Instead we have schools full of cleaning products that need MSDS (Material Safety Data Sheets).

By law, schools have to accommodate kids with MCS who are diagnosed but we do not have a paediatric ES/MCS clinic in Ontario and The Environmental Sensitivities clinic in Toronto only sees adults. My daughter is currently going through the long wait for ‘learning assessments’ through the Toronto District Public School Board (TDSB), and she has a chemical sensitivity for certain. She has nose bleeds if around certain cleaning products for extended periods, she gets rashes, dizzy and flushed cheeks. The TDSB recently announced a budget increase for disabled students, which is good. To support them, we also need to change to scent free non-toxic cleaning products (which are cheaper) and then roll out a scent free policy in all of our schools. I’m sure the teachers would appreciate all the help they can get and the kids deserve a place they can think. How many kids are being unnecessarily medicated for something that could be mitigated by environment? This is an unacceptable oversight. Especially when there have been safe school guidelines since 2010.

The fact that doctors don’t even know the list of symptoms to send you to a speciality clinic is appalling. Having to change doctors because their office was making me sick and they didn’t accommodate my MCS, was very depressing. We have a HUGE knowledge management problem in our health care industry. Also, due to the lack of funding to the mere THREE clinics that exist nation wide, it’s a 13 month wait to get into the Women’s College clinic and you have to do a 27 page intake. When your brain is fogging from chemicals, that’s a beast to attempt. People from out of the city and province have to travel to Toronto and find accommodations, or to Nova Scotia, and the only paediatric clinic is in Alberta.

Health care reform is not something to wait on. It costs us money, people get increasingly ill waiting for doctors and specialists take far too long to get into. People who are worse off cost more to treat and then they can’t work, which costs even more. In a large city wait times are much less. We have no standard of care, and clearly medical studies aren’t getting passed onto GPs and walk-in clinic doctors. This system encourages patients to seek non-medical advice and for purchase ‘cures’ pop up while people try to manage their symptoms, not knowing the answers. They bleed money on procedures they hope will relieve their symptoms even a little, potentially harming themselves more in the process.

We need a call to action for scent free public spaces

All medical facilities I’ve been to here are coated in chemical cleaners and my reactions are much worse there. Emergency rooms are not scent free, even though they claim they are. I now have the sense of smell of a drug-sniffing-dog, I can tell. With 1/3 self reporting and 3% diagnosed, not having safe hospitals and schools feels like a very large class action suit. I can’t even use the subway because it’s 10x more polluted than the outside

Non-toxic cleaners like apple cider vinegar and water, baking soda and scent free non-toxic cleaners end up costing me less than the heavily toxic cleaners. I’m confident that if the cleaning products in all schools, community centres, libraries, government buildings and hospitals were switched out, there would be a large cost savings.

We need public facility reform, similar to no smoking laws. We need a salt water municipal public pool in Toronto. Employees should be able to go to work safely. Kids should be able to learn safely. There needs to be standards in housing development, especially socialized housing. There are obvious fixes that will have long term health and financial benefits. All the studies have been done and approved, why haven’t the changed been implemented?

Let’s not suffer in silence

To all the people not getting referred, or being told that it’s nothing — don’t wait. I know it takes a lot of energy you don’t have, but print the studies, bring them to your doctors. If the Canadian medical system will not do the outreach, you need to for your own sake. We’re all being too polite and Canadian about this. We don’t have to be patient, they have to fix it. We pay the government, and doctors with our taxes. They are our employees. Our employees are mismanaging our finances and health and it’s time for them to do something. Call your MPs, all your local representatives. We will save money and be healthier together.

Sign up as a member at www.environmentalsensitivities.org if you’re in Canada and have your voice heard.